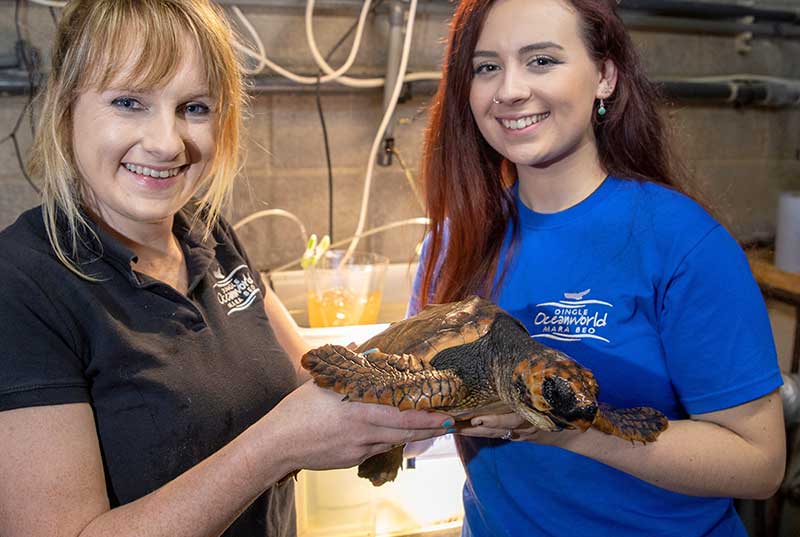 Jellyfish cakes, squid and sprat are all on the menu for a turtle that is being «spoilt rotten» since she was discovered on a Galway beach after storms carried her away from the Canaries.
The reptile was discovered at Dolans beach, Roundstone, Galway in September. Experts believe that the turtle, now called Mara, was carried away by a storm while attempting to leave the Saragossa Sea for the Canaries.

Mara, who is believed to be between three- to five-years-old, was brought to the Western Veterinary in Clifden where she was treated for hypothermia.

She is now being «spoilt rotten» at Dingle Oceanworld, where animal manager Louise Overy is feeding her tasty treats such as gelatin cakes made to look like jellyfish, as well as squid and sprat.